This year my daughter and son-in-law will be going to the Star Trek Convention 2015 at the Rio Suites Hotel, Las Vegas.  It was my task to prepare a Top 20 Prime Directive, to ensure their safety among other Aliens.

1. Seek out new life and new civilizations, while in the Las Vegas Universe.

2. Non-interference is the Prime Directive.  Mingle is an important cover-up. After all, you ARE an 'Alien'.

3. Always keep your phaser on stun, just in case.

5. While heading to Vegas, use Warp Drive. If you don't know how, just ask Scotty.

6. If in danger, use the VULCAN DEATH GRIP - It's sure to get you out in a pinch.

7. Let Captain Kirk know, "Having is not so pleasing then Wanting", therefore you want William Shatner's autograph. If he fails to comply, tell him Captain Jean-Luc Picard said it's imperative and," Make it so!" (I hear they're close friends, get both autographs. One for your dad too.)

8. Caution if you see any signs of frightened Tribbles, it's means a Klingon is near by.  Remember, phaser on stun!  But if you happen to run into Worf, he's on our side,and will help you out.

9. Your enemies may be invisible, they may be using a cloaking device. Take caution!  If necessary, ENGAGE and use that Vulcan death grip.

10. Don't wear a RED SHIRT - it's sure to lead you into trouble, according to Deanna Troi.  By the way, she also tells me, if you happen to bump into a Gorn- RUN! ( Gorn are Lizard beasts that will rip your head off) * See above photo that I took while fighting a Gorn during one of my visits to Vegas.

11. Mingle softly and follow this ancient advice," When in Rome, Do as the Romans Do".  In other words, party-like-hell in Sin City. (This is according to Lieutenant Commander Worf * - Federation Ambassador to Qo'noS; previously, strategic operations officer, Deep Space Nine and first officer, U.S.S. Defiant, and a hell-of-a-drinker, sure to drink anyone under the table.) 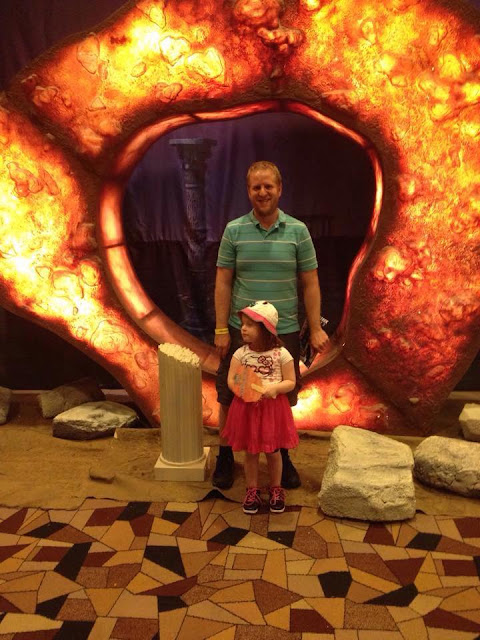 Star Trek Convention 2016 - 50 years
12. When going out into the Vegas Universe, "Boldly Go Where No Man or Woman has Gone Before - seek out Q for extra currency, but be careful not to ask for his advice!  He just may trap you into the 'Q Continuum'. 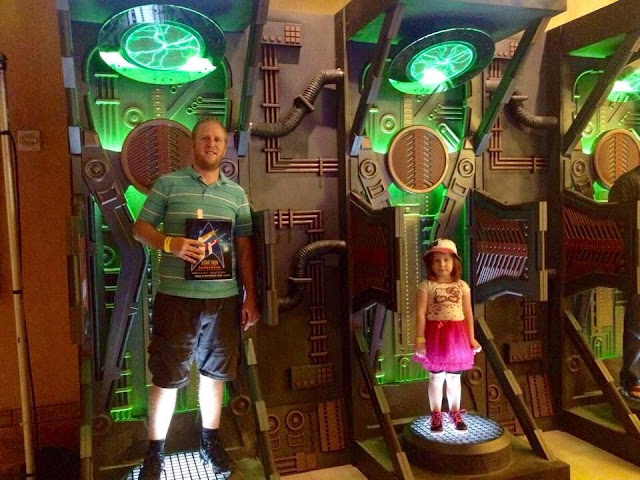 13. It's secretly known Vegas is caught in a TIME WARP, the days and nights seem to last forever, so go out and party hard, using logic if you can.

14. If logical fails while in Vegas, buy a powerful drink called,"Warp Core Breech" at Quarks Bar.  Most likely found at the Rio Las Vegas - ask for it by name.

15. If, by chance the bartender has NO IDEA what you are talking about, lead him to this ingenious website: Quarks Bar & Restaurant actual Drink Recipes. 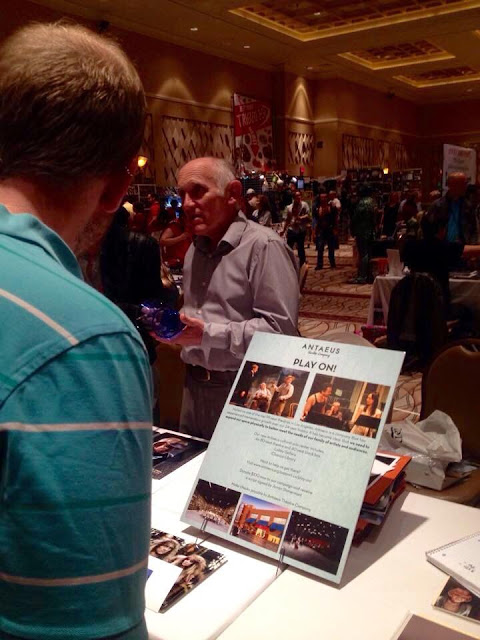 16. If, by chance, the above drinks don't send you into Warp Drive, quickly seek out Mr. Spock, he'll help you in a pinch.

17. While exploring Alien Planet Hollywood Resort or Rio Las Vegas, check for a group of Officers wearing Gold or Blue Uniforms.  They're easy to find due to the fact, they don't know how to mingle. 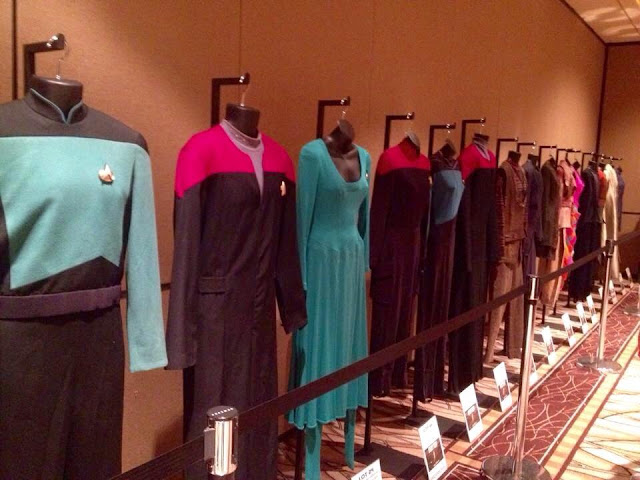 18. If you happen to see Jeri Ryan at the Alien Colony called,'Rio Las Vegas' ( Seven of Nine) send her this message for your Dad," My Dad wants your autograph and picture!"  If she fails to comply, resort to blowing your cover and say,"Resistance is futile...we are the BORG."

20. If you get lost, seek out Vegas Reviews FUN Facebook Page  or Vegas Reviews
AND (most importantly) Live Long and Prosper in Vegas Warp Time. 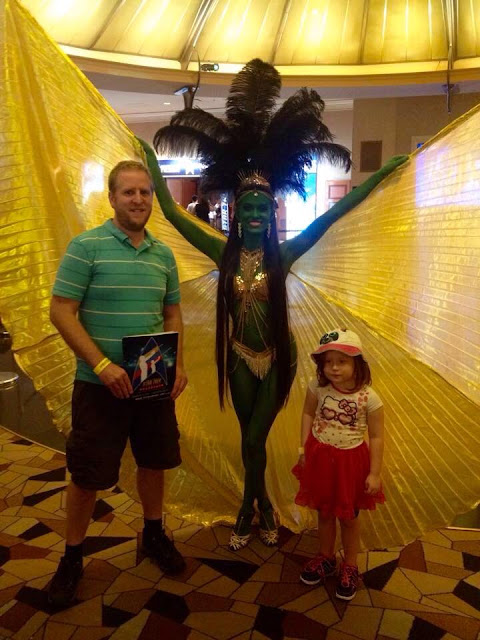 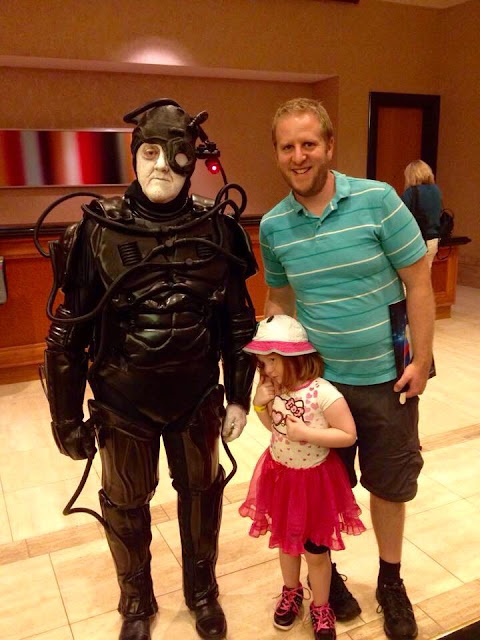 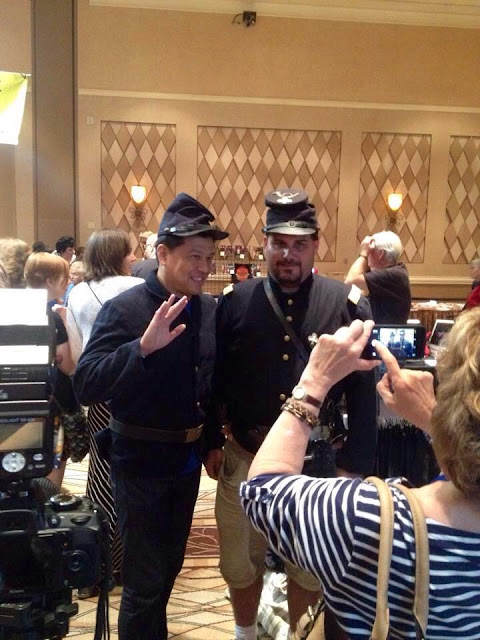 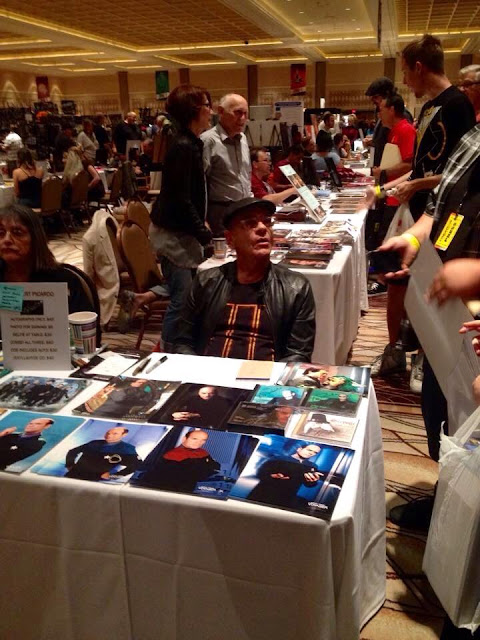